END_OF_DOCUMENT_TOKEN_TO_BE_REPLACED

Early ChristmaRamaKwanzaKah for the Goof

My Thursday turned out to be an extremely awesome day.   At work things seem to take a positive step and coaching at Fit2Run last night was enlightening and productive, but the best part was all the cool stuff I received without notice.

I went to Fit2Run last night just to mainly help out with the Half Marathon groups.  There are runners that are training for all the races coming up; the Clearwater Holiday Halfathon, the Clearwater Marathon, Disney Distance Weekend and the Princess Half, Gasparilla, Best Damn Race and the Rock n’ Roll Half Marathon.  Thursday’s are speedwork days for these runners and Eric planned numerous one minute sprints with one minute rest in between.  I have no idea how many we did, but I was tuckered afterward.  Of course I can’t help but put in my own two cents as a coach with runners when I notice issues in their form.  One runner I spent about fifteen minutes on his form and things changed immediately for him and he was so grateful.  That is the best gift I was given, but they just kept coming. 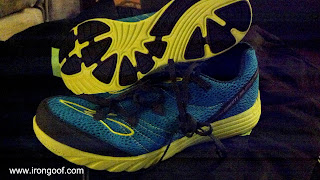 I was leaving for the night when Eric caught me and told me the Brooks representative sent gifts for us.  I got a brand new pair of Brooks Green Silence which are incredibly light.  I haven’t run in them yet but I am totally looking forward to it.  They sure look cool, am I right?  I did try them on and they are so comfortable, that I am aching to get a run in them tomorrow.  With the Brandon Half Marathon on Sunday I probably won’t do too much but I it is going to be fun. 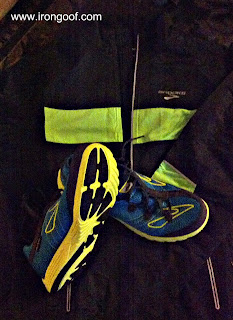 The gifts didn’t stop there.  Eric handed me two more packages from Brooks.  This really awesome running jacket and a pair of shorts.  James said that he is getting all sorts of compliments on the jackets and the models are not even out yet so he can’t put them in the store yet.  What an awesome night.  Speed work and then early holiday gifts….what could be better than that?

I will tell you, a package arriving with the new Nikon Coolpix S10 that’s what!

I will tell you, a package arriving with the new
Nikon Coolpix S10
that’s what!

Pretty sweet right?  The camera fits perfectly in that little change pocket in your jeans and can be taken anywhere.  I was thinking it would be perfect for this blog.  It takes pics from 2-10 megapixels, has a flash, a 5x optical zoom, virtual stabilization, HD video the works.  I was so excited as I was playing around with it, unfortunately, I am sad to say, as a Nikon it does not live up to my expectations.  I am going to write a full review as a posting later on, but the gist is that the pics are grainy when the light is not optimal.

As you can see, this was in decent light with a flash and my beautiful little Mikali looks grainy.  I took a bunch of pics with different settings and this was the best one.  *sniff* *sigh*

I have repackaged it up and I am returning it to Amazon.  It sucks because the camera is just perfectly convenient.  This is the first version of this camera, so it’s obvious I have not learned my lesson on buying the first generation of electronics as of yet.

I have signed up with the ladies to do a picture a day holiday challenge, where I post one photo a day that coincides with a word for that day.  If you see anything in the area that makes you think of the daily word let me know, or take the challenge yourself.  Just take the pic and post it on Twitter with the hashtag #Holidayaday.