END_OF_DOCUMENT_TOKEN_TO_BE_REPLACED

I completed the Hogwild Mud Run this last weekend. To tell you the absolute truth it was a combination of fun and frustration. While I did enjoy the race, there were a couple of issues that would have made the experience better. Let me share my experience with you. 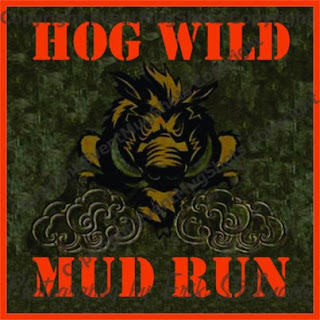 I arrived at the venue in Dover, a little outside of Plant city, around 11 am, following the advice of the email I received. Since my heat wasn’t until 12 pm the hour I had was more than enough time for me. I say “for me” because since I picked up my packet at Fit2Run the day before, which turned out to be smart. When I arrived, I walked up and saw this long line, so I jumped in and started talking to some of the other contestants in front of me. A group that had camouflage bandannas that had the word “FUBAR” on them(F***ed Up Beyond All Recognition), which I thought was totally cool. After realizing the line wasn’t really moving I asked a volunteer what was going on and was told the organization at the sign-in/registration table was really unorganized. It turned out since I already had my number I did not need to wait, I could go to a different table and just pick up my chip. Whew! There was no way I wanted to wait in that line in the 90-degree heat. I picked up my chip and headed back to my car since I also found there was no bag check. I dropped my shirt, put on my chip, grabbed my gloves and headed to the “expo” since I had plenty of time before my heat.

The “expo” wasn’t much but a few product vendors, the beer tent, and some food trucks, so I just decided to proceed to the start line with a quick stop at the porta potties. The start line was nowhere near as prominent as the Finish line and I almost had to ask where it was. Without issue, I found this small, area of ribbons which held a table and the start mats. I warmed up and stretched a bit and then headed into the start chute. While hanging out I met a couple that was in the military and another veteran race couple who were very nice and conversational. One of the veterans and I agreed we would like to see what we could do with this race time-wise just for curiosity sake so I set my watch and was ready to run whenever I could at a decent clip. After a bit, the official finally stated we had a few seconds until our heat started to, be ready. He blew the start horn and we were off.

This was the first time I decided to run in my Vibram Five Fingers, so I was a little hesitant at first, but after a few strides, I realized I felt pretty light and sped up a bit. The first couple of obstacles included a mud crawl, a small hurdle and a jump into a creek. The water was somewhat cool which was refreshing but there wasn’t really any markings to tell us where to go from there. We could move up onto a trail, but previously we were told by an official to stay in the creek and move to our left, which was still kind of confusing. I decided to do just that and took the lead. The water felt pretty heavy with debris but I pushed through and wouldn’t you know it but there was an arrow pointing out of the creek about 400 meters in front of us. We jumped out and I started running through a trail. I felt pretty good at this point and I was running at pretty good speed and felt pretty light because my shoes didn’t hold any of the water. I thought I am really going to enjoy these shoes. It turned out running was a waste since my next obstacle was a fifteen-foot rope wall and it had a line of people waiting to get over it. There was one rope on the far end that no one was using. After talking to one of the military guys, we decided to try it. This was a rope and the wall, while the other three ropes had some thin pieces of wood nailed to the wall to help this one had nothing. I thought what the hell, I did this before, I can do this. I had my gloves and my shoes, no problem, right? Wrong! I climbed about halfway up before my grip slipped due to the rope being soaked. I wrapped my arm through the rope for a second try but I realized I didn’t have the grip strength to pull myself up. What a wuss. I ended up getting back in line and using the medium level rope with two thin boards only on my left side to get over. Of course, I had to go back to the end of the line and waited about 10 minutes to get to it.

The next obstacle was a reverse ladder wall where the rungs where on an incline backward. It wasn’t hard for me and I got over it pretty quickly and since most people in front of me were adept to this one I only had to wait about five minutes to start. There were a couple of mud pits to run through a quick cargo wall and then a sandbag carry about a quarter mile around a lake, of which I actually ran. the bag was about 25 pounds give or take so I didn’t feel it was all that difficult. Awkward but not difficult. That ended with sliding down these tubes into deep water where you had to swim to the far end to get out. There were also ropes to pull yourself across if warranted, but seeing as though I needed to get in as much swimming as possible, I just swam it.

Continuing on from there was pretty fast. There were some trails in-between getting over barrels in the pond, another mud pit, and a haystack. I was surprised running after the obstacles. I expected to be somewhat winded but I was able to keep a pretty good pace running though. Of course, I was stopped dead at the monkey bars waiting another 15 minutes. The monkey bars were on an incline up and then back down. My arms were a bit exhausted, but I thought I had enough strength to get through. No such luck, 2 rungs to go and they gave out. Since I have been training more legs and core than anything else due to the triathlons, here is where I decided I need to get my upper body strength back, but I digress. back to the race.

Continuing on was a rope climb over a trash compactor, a very slippery hill, and another cargo net. The Vibram’s did not let me down during the climbs, when other athletes were slipping back I had no problem maintaining a grip in the mud. I was thinking how much of a believer I came to be in these shoes during those obstacles.

The next mile or so coming to the conclusion of the race included a long trail run with hills, moguls and a hay bale climb. I started passing people up during the run. I was really surprised how comfortable I felt out in the trails. It really felt like a nice change from the asphalt of Bayshore and Davis Island. I thought to myself about adding some trail runs to my training, just to break it up a bit.

The conclusion of the race ended with a muddy hill climb to a slide into a puddle, and finally a mud crawl under electrified barbed wire. The interesting part was the first ten feet, or so, was dry compacted dirt, but the last was wet, nasty, thick mud that clung to me like white on rice. I was caked and covered with this grimy, thick, gross mud that weighed me down as if I was carrying twenty-five-pound kettlebells. To make matters worse it smelled so bad I was wondering if maybe it was not mud at all.

I took a quick picture and headed to another line where there were some man-made showers where people were hosing off. That line didn’t move either, so I followed some other athletes back to the creek and jumped in. After the race, it was not only great to get the mud off, but the water was cool and felt so awesome I could have hung out there forever. All good things come to an end.

I was a little surprised that of all the races I participated in, this was the one race where I didn’t come across a single person I knew. It was kind of lonely actually. I must make a better effort to coordinate to run with friends next time.

On my way out of the park, back to my car, I did see something I never saw before. A bull decided to run right through the expo into the woods. Mooing and galloping like you see on TV but never in real life. He looked pretty majestic and strong with a brown and white coat and a full set of horns. I did see him through the trees trotting away until he stopped to graze a little. It was definitely an interesting experience.

Just a quick epilogue. The last heat was scheduled for 1 pm but at 1:30 as I was heading out I noticed a new heat just getting started. After talking with some other athletes, it turned out that if I had not picked up my packet early, I would have had to wait over two hours in that line. I would have missed my heat and had to start much later.

Due to the waiting, I ended up with a time of 91 minutes and change. Not the best. I will have to sign up a little earlier for the next mud run and obtain an earlier heat in order to actually compete and find what I could actually do. I do, however, encourage all my running and triathlon friends to give these mud runs a chance. They are really a lot of fun despite the 45-minute shower needed afterward.